She stressed that, setting the task of strengthening the position of the Russian language abroad, special attention should be paid to the training of the teaching staff; there is a growing demand for learning Russian, and hence the demand for training teachers of Russian as a foreign language (RFL).

In particular, the practice of sending Russian teachers to work in educational institutions of foreign countries resonates among foreign colleagues. In addition to teaching children, Russian specialists help local teachers to improve their Russian language skills. First of all, this concerns the CIS countries, as well as Serbia, Slovakia, where bilingual sections are currently actively developing, Italy, France and other countries. For example, the Serbian side voiced the need not only for Russian teachers to teach Serbian schoolchildren, but also to improve the level of Russian language skills of Serbian teachers.

“We are faced with two tasks: training in Russia highly qualified specialists – teachers of RFL, who are subsequently sent to foreign countries to develop the study of the Russian language and promote the best practices of Russian education in general; and training and retraining of RFL instructors working abroad, in the field using the existing infrastructure, ”concluded Tatyana Sinyugina.

It was noted at the meeting that both teaching staff of foreign countries and Russian compatriots living abroad are in need of professional retraining and advanced training. In this regard, it is proposed that Rossotrudnichestvo and the Ministry of Education of Russia form unified lists of persons in need of advanced training and professional retraining.

“There are more than 110 Russian centers and Russian language rooms of the Russkiy Mir Foundation operating around the world, branches of Russian universities, schools, including our joint school named after Pushkin with Turkmenistan, and other educational organizations. There is also an extensive partner network of Russian language training centers, ”Andrei Yemelyanov, Director of the Department of International Cooperation and Public Relations of the Ministry of Education of Russia, opened the meeting.

He stressed that the most understandable form of spreading the best practices of Russian education abroad is the creation of educational organizations on the basis of intergovernmental agreements. Thus, the construction of five schools in Tajikistan will begin soon. Russian schools have already been built in Kyrgyzstan and Armenia, proposals for their construction in Jordan and Kazakhstan are being discussed.

Another mechanism for the development and support of Russian education abroad is sending Russian teachers abroad. The humanitarian project is being successfully implemented in Tajikistan; from the new academic year, Russian teachers will begin teaching in Kyrgyzstan. In addition, the project has the potential for development and expansion: the issue of its implementation in Serbia, Mongolia and Vietnam is being considered.

It was noted at the meeting that bilingual sections also declared themselves to be an effective tool for promoting Russian education.

The participants of the working group also discussed the need to support and develop electronic resources both in terms of education and informing the public about all the possibilities of learning the Russian language and teaching in it.

When discussing the mechanisms of work with non-profit organizations that carry out activities to promote the Russian language and Russian education abroad, Pavel Zenkovich called for coordinated work of interested organizations in this area.

In addition to the need for information cooperation of all interested organizations, the meeting identified the role of interaction with such international professional associations as, for example, MAPRYAL.

“In order to search for systemic solutions in this area, this year we are launching monitoring of educational and educational activities of foreign organizations aimed at developing the study of the Russian language, Russian history and culture abroad,” concluded Andrey Yemelyanov.

The discussion topic of the meeting was the question of developing a unified approach to the classification of Russian schools, as well as methods for including these educational organizations 123helpme.me in a special register. The meeting participants made their proposals on possible criteria for including educational organizations in this register.

At the meeting of the working group, reports were also made by the Deputy Director of the Department of International Cooperation of the Ministry of Education and Science of Russia Boris Zhelezov and Adviser to the Head of Rossotrudnichestvo Dmitry Guzhelya.

The meeting of the working group on improving the Russian educational infrastructure abroad was held within the framework of the activities of the Interdepartmental Commission on the Preservation, Protection and Development of the Russian Language.

The departmental target program “Scientific, methodological, methodological and staffing support for teaching the Russian language and the languages ​​of the peoples of the Russian Federation” for 2019-2025 was approved by the order of the Ministry of Education of Russia dated May 16, 2019 No. R-60.

From 16 to 22 October scientists, teachers and writers from Russia held events in Poland dedicated to the Russian language, literature, culture and education.

Residents of Warsaw, Lodz, Wroclaw, Bialystok and Narew met with famous Russian teachers, writers and linguists. In seven days, over 300 students and teachers from different regions of the country have visited the sites of the International Educational Expeditions project in Poland.

The expedition started with a series of events at the University of Warsaw. For example, a popular science lecture on the history of the development of the Russian language and linguistic myths aroused particular interest.

Literary meetings were also held at the School. Cyril and Methodius in Bialystok and the School and Preschool Association in Narew, at the University of Wroclaw. And in the general education lyceum No. 47 of the city of Lodz, the guests sat down at their desks and took part in an open lesson of the Russian language, as well as listened to a lecture on general linguistics “Days of the week in the languages ​​of the world”. At the language school “To the East” in the Lodz school for all those interested in the Russian language and culture, a lecture “Russian language and its brothers”, as well as language games were held. At the University of Wroclaw, a popular science lecture “Russian language – or Russian languages?” Was held, dedicated to dialects and regiolects, which, according to the audience, literally fascinated the audience.

The guests of the events in five cities in Poland were students, teachers of educational institutions, representatives of compatriot organizations, as well as local residents who are interested in learning about the peculiarities of the Russian language, works of Russian literature, culture and education.

The format of the events allowed all guests to be active listeners and discuss topical issues of studying the Russian language and genre literature.

The educational expedition in Poland has become a massive platform for gaining new knowledge, sharing experience in teaching and learning the Russian language, as well as developing professional contacts between members of the methodological community. 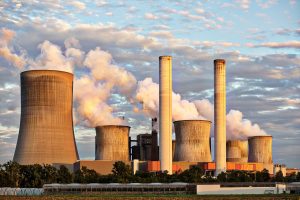 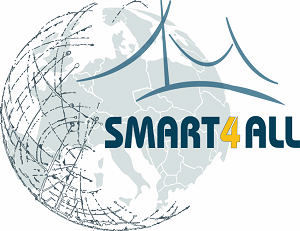